Over the weekend I dove into the Gears of War 4 campaign. I was equal parts excited to be back to one of my favorite video game series… and nervous about the new story, characters, and enemies. I just didn’t know what to expect.

Fortunately, Gears of War 4 feels like meeting an old friend. It’s not innovative or surprising. Despite plenty of new things, it doesn’t reinvent itself. All of the new is mixed in with the old so it’s not too overwhelming — so it still feels like good old Gears of War. That’s exactly what I liked about it.

I still have one act left to play before I’m done, so I’ll save my full review until the end of the week. For now, here are some of my initial impressions of what makes Gears of War 4 a familiar yet fresh take on the series. (No spoilers!)

The first new thing I noticed when I started playing was how big a role the environment plays in this game. In previous games, you needed to look for cover and ammo — but that was pretty much it. In Gears 4, parts of environments are destructible, and they don’t always stay in one place. 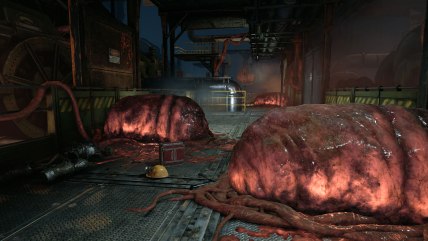 In one early battle, you’re on a platform with enemy waves arriving from different directions, and you need to hit a switch to throw up a wall for cover depending on where they’re at.

In some places, you can also shoot cover out from in front of an enemy to expose them — but beware that they can do the same to you!

The new antagonist, the monstrous Swarm, have pods in their lairs that you can duck behind during combat, but if they take too many bullets, they’ll explode. In some cases, jumping Juvies (who resemble the previous games’ Wretches) pour out of the pods with melee attacks.

Previous Gears games often had specific environmental gimmicks, like crow-like creatures that would attack if you didn’t stay in well-lit parts of the battlefield. In Gears 4, this is taken to a whole new level, as you constantly need to assess the changing environment and make quick decisions about where to find cover next. It’s a rare fight that you can stay in one place for long.

Another big new feature here is the dangerous weather. Windflares crop up throughout the game when the squad is outside, sending obstacles flying toward you that you need to cover from. Try to throw a grenade, and you’ll see your aim fluttering in the wind — the grenade might even blow back toward you, if you’re not careful. When you’re aiming a projectile weapon, you may need to aim to the right or left to get the correct trajectory, as the wind will blow things off-course.

The only thing I wished here was that I felt the wind more as I was moving. My character didn’t move too much more slowly or feel “heavier” in these scenarios, so the wind was more of a sight to behold than something to physically experience.

Back to Gears Basics

As for the familiar things, this game is even more old-fashioned Gears than Judgment was. 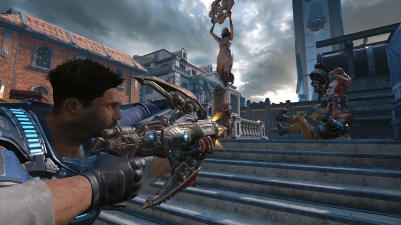 If you had a favorite weapon from previous games — the Lancer, the Gnasher shotgun, the Boomshot, the Torque Bow, the Mulcher — it’s going to be here for you to pick up and put into play again. There are new weapons mixed in too, but I stuck mostly to my old stand-bys.

If you miss the squad banter, it’s back and corny as ever. There may be a new squad of characters, but J.D., Del, and Kait have plenty of jokes and character moments together — and you’ll see some familiar faces, too.

If you loved acing those active reloads — these involve hitting the reload button at the right millisecond for an instant reload and subsequent damage boost — it’s time to bring out your excellent timing again. Hearing my character Kait yell, “Nice!’ as I nailed an active reload felt so good.

And just as previous games placed you behind turrets and in tanks for a change of pace, you can bet you’ll spend some time with different mechanics as you go. (No story spoilers here, but there’s a pretty exciting motorcycle ride halfway through!) 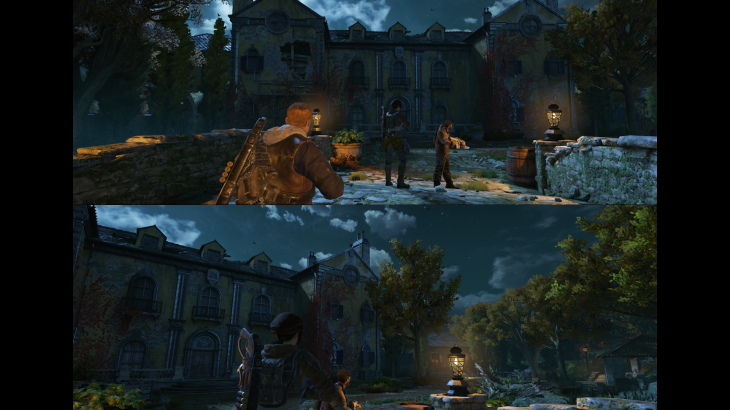 I play Gears of War games co-op. It’s probably why I have so many fond memories of the series — not only because the games are a blast to play, but because I shared the experience with my partner. Besides that, Gears is known for being the gold standard for creative co-op.

Gears of War 4’s co-op experience has a lot of the same features I enjoyed in previous games. For instance, there are a few instances where you choose one path while your partner takes the other — maybe one is on the ground with a shotgun while the other takes to the rafters to snipe — and you help each other out from afar. Also, you sometimes need two sets of hands to open a door or carry something.

Greater than that is the need to strategize with your partner to make it through the game. The AI is great at reviving you when you’re down-but-not-out, so I never worried too much about dying (except by a Torque Bow blast or grenade) — but it’s still safe to stick close to your partner for that hand up when you take a fall. And to get through the game on the harder difficulties, it’s often necessary to plan an attack together, especially after a couple of tries being spontaneous and uncoordinated don’t work out. (Yeah, that happens a lot.)

There’s also a new feature in the Fabricator, which is a toolbox of sorts that lets you (and your partner, in co-op) set up defenses before a battle — so working together is needed there too. Preparing for a fight this way isn’t totally new to Gears, but the varied options available in the Fabricator — like different kinds of turrets, a scarecrow, and electric obstacles — make discussing how to set up more interesting than ever before. Not to mention necessary.

Graphics: Pretty Ugly As Ever

As for graphics, Gears of War 4 might be the prettiest game I’ve played on Xbox One outside of The Witcher 3: Wild Hunt. The difference between these two games is that Gears 4 environments are post-apocalyptic wrecks compared to the beautiful landscapes and quaint towns of The Witcher. Somehow, Gears 4 makes these ugly places pretty.

The main thing I noticed is that the destroyed settings are more colorful than ever, even as the game retains a dark, horror-like vibe where you never know what’s around the next gloomy corner.

The new enemies — the robot DeeBees and the occasionally-glowing Swarm — are certainly brighter and faster than the Locust were in previous games. 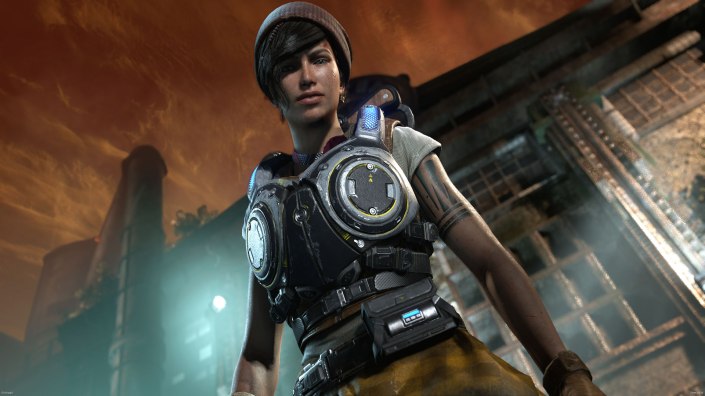 Beyond that, just looking closely at the characters’ facial features made me appreciate how detailed this game is. It’s like you can see every pore and freckle on their skin.

Gears of War 4 is available to play today if you purchase the Ultimate Edition, but it officially comes out tomorrow. I hope to fight through the final act soon and get my full review ready for the end of this week! =)

2 thoughts on “First Impressions of “Gears of War 4”: Fresh yet Familiar”