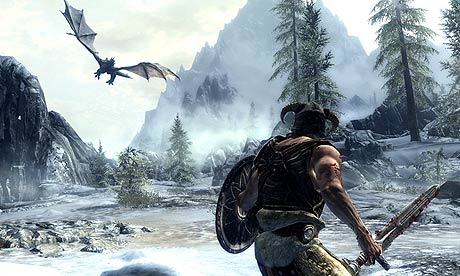 You know you love a video game when you play it more than once. For me, even finishing a game means I really, really liked it, which is rare-ish. (I know, I’m the worst. The problem is that I’m really bad at monogamy with my games…)

That’s why these games are very good indicators of what I enjoy about gaming. Some have amazing replay value; all of them I loved so much, one time just wasn’t enough. 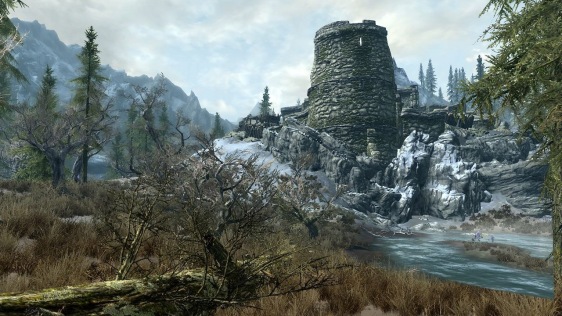 I’ve started three different characters in Skyrim, but I’ve never actually completed the main questline. I know that’s kinda weird, but that’s what’s so beautiful about this game. Its open world exploration and action make it easy to sink dozens of hours into a playthrough without repeating entire questlines or even officially “finishing” the game.

Personally, I  like starting over to try different quests. While I could do that with the same character, I guess I get a little addicted to trying out new character builds as I level up. And while one character may prefer the life of a Stormcloak soldier, another is going to be more interested in becoming the archmage at the College of Winterhold — they don’t belong in the same playthrough, at least for me. So far, I’ve played a two-handed warrior mage (that was a weird combo) and two archers, one specializing in stealth and the other in enchantments and potions as well. As for spouses, I married Marcurio (such a badass mage), Scouts-Many-Marshes, and then Onmund.

I think I’m losing count on how many times I’ve started Dragon Age: Origins. It’s a tradition for me to play it every year on my birthday, since that’s the day I first started playing it many years ago, and it’s a game that changed my world. It made me love games. This blog probably wouldn’t be here if I hadn’t played Origins.

But I specifically remember completing Dragon Age: Origins three times. I romanced Alistair, then Leliana and Alistair, and finally Zevran. (Read my latest Zevran playthrough!) Though it’s starting to look a little dated, it’s just a perfect storm of RPG storytelling and action that’s so rewarding to replay in fresh ways.

Mass Effect is my favorite video game series of all time. It probably always will be, and I’ve played all of the Mass Effect games more than once. However, the one I played the most all the way through is Mass Effect 2. The stellar cast of characters you recruit in this game make its missions the most compelling for me, even if the overall story is a little lackluster. The combat feels streamlined and breezy compared to the first game’s. Besides that, I just love creating new characters and making different decisions each time I play!

Though I loved this game the first time I played it shortly after it released, I played it again that Christmas and fell for it even harder. Knowing the ending actually helped me appreciate the journey more. I won’t give away the incredible story, except to say it involves multiple timelines and comes together at the end in a mind-blowing way. It’s also one of the most gorgeous in-game worlds I’ve ever spent time in, so I enjoyed exploring every nook and cranny to find hidden collectibles the second time around.

I finished DmC: Devil May Cry once when it first came out. I devoured that game. I even gave it a perfect score when I reviewed it for Population GO. Last year, I picked it up again and started replaying it, but only made it about halfway through before newer games distracted me. But the fast-paced hack-n-slash combat is so addicting, I’m sure I’ll be picking it up again and replaying my favorite missions.

I’ve played the first Gears of War three times, but I actually only finished the Ultimate Edition twice on co-op. It’s simply the best co-op experience ever, in my opinion. When it comes to shooters, I may not be the best, but playing with a partner and being able to use cover makes it really enjoyable. Finishing the game recently on Insane difficulty was one of my biggest gaming challenges and achievements… but I’m sure it’s not the last time I’ll be playing that game!