Today Population GO posted “Best of 2012” articles from the gaming contributors. As if anyone had any doubt, I rave about Mass Effect 3 being the best game of the year for me. You can read my post here, or check out Ed and Johan’s picks (Halo 4 and Fez, respectively) on the Pop GO site.

It’s hard to choose a game of the year. Every game brings something a little different, so rather than list my favorite games on the whole, here’s a little round-up of what I loved in 2012’s video games. It’s my way of honoring each of these games for what it gets right. 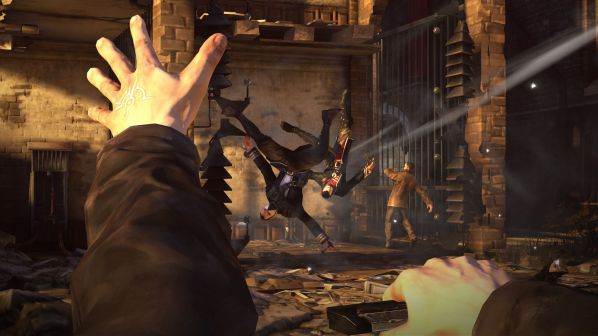 Dishonored has some of the most fun game mechanics of any video game I’ve played this year, specifically because they were so new to me. I’m not talking about the stealth in this game, which frankly wore out my patience at times… I’m talking about the supernatural powers, such as being able to bodily inhabit a rat to escape through sewers or instantly vanish from one location to appear at another spot nearby.

Only in Dishonored can you slow time as a bullet nears you, possess the guard who fired the gun at you, and move him in front of his own bullet so it hits him instead. And when you’re about to crash-land to your death from a high building, Blink lets you maneuver to a safe spot mid-fall. Whenever the stealth approach became tedious for me, I managed to think of some new way to entertain myself with Dishonored’s incredible mechanics. 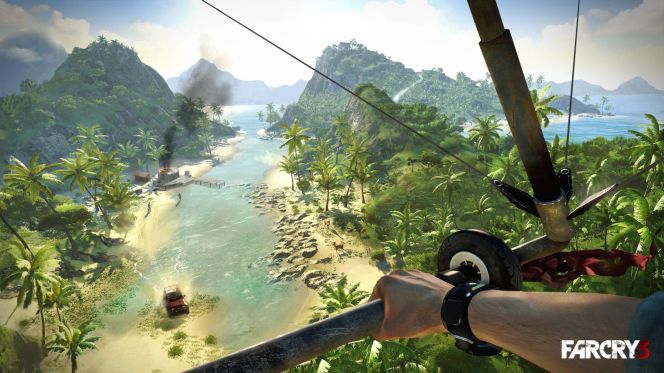 I’m cheating on this one, because I’ve barely scratched the surface of Far Cry 3. But already the setting has sucked me in, with its intoxicating jungle environment that seems ready to kill our protagonist at every turn. When I’m not fighting the beasts here, it’s wonderful to take a breather in the lush green landscape that’s ripe for exploration. And as someone who adores alchemy in games, I love being able to pick plants and craft things like syringes from the natural ingredients… and from the parts and skins from animals I’ve tangled with, of course. The crafting is even more reason for me to love this beautiful, terrifying island.

Let’s be honest: few characters in video game history are as well-loved as Garrus from the Mass Effect series. I’m hard pressed to think of anyone who’s played the games who actively dislikes that guy. In ME3 this year, I had a blast when Garrus and Shepard decided to blow off some steam by shooting bottles at the top of the Presidium — an unexpected breather and a great bit of characterization. It’s one of the most quotable scenes in the game, and depending on how you play it, it can be one of the series’ most touching moments, too.

Best Teamwork: Traveling with a Stranger in Journey 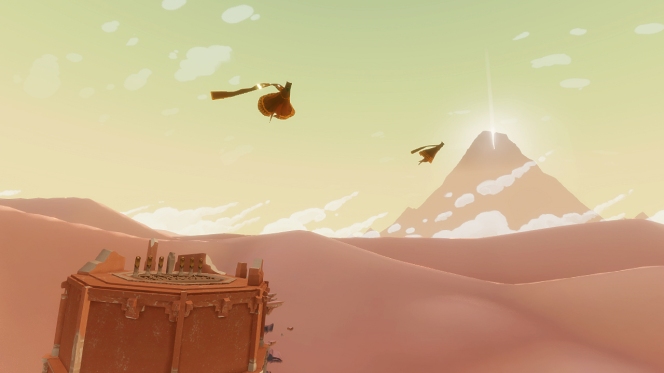 I almost never play co-op, and I rarely pick up multiplayer, but I’ve been blown away by just how moving it can be to play with another person in the game Journey. When you’re online, you may encounter just one other player at a time in the rendered landscape, and together, the two of you can explore to the end if you wish. You can’t speak to the other player — though you can harmonize with him by pressing a button to make a noise in-game — but the bond you create with your co-op partner is all the more poignant for being unspoken.

Newcomers have red cloaks, but once you’ve played Journey enough to find all of the Scarf upgrades and earn the Transcendence trophy, you wear a white robe. This is an indication that you are an experienced player, and encountering a Red Cloak gives you an opportunity to show the newcomer around the landscape. This type of teamwork is a magical experience, and it’s created a culture of gamers who help each other through the game, exploring the quiet environment, ushering each other to new locations, and sometimes standing still at the end, not yet wanting to say good bye to their fellow traveler after such a breathtaking adventure together.

10 thoughts on “What I Loved in Video Games This Year”