Watching your character die is part of the gaming experience. Even when I breeze through a game on casual difficulty, I usually have one or two deaths before I beat the game — and when I crank up the challenge to hardcore difficulty, I expect to die on a regular basis.

This doesn’t happen in every game. Braid is an awesome example of a puzzle platformer that doesn’t let you die — at least not in the traditional sense — because you can rewind your actions to redo them. This spares you having to see the GAME OVER screen or start over from the beginning of the level. (Even so, this game is really, really hard.) 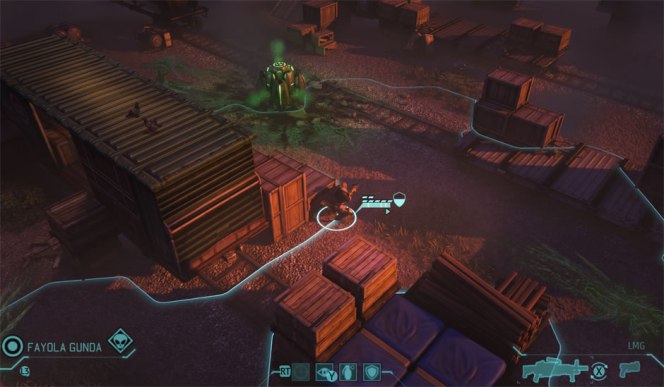 A more recent example for me is XCOM: Enemy Unknown. This tactical turn-based strategy game sets you up as commander of XCOM, an organization that protects the planet from invading aliens. As commander, you send soldiers into the field on rescue and reconnaissance missions (for a start), issuing commands from the safety of mission control. To me, this is incredibly realistic, because you don’t die. When a mission goes haywire, you don’t reload. When you lose a soldier, you don’t have the option to revive him. Your entire squad could get wiped out… or you may be forced to abandon a mission before you lose that last soldier to alien forces. But you don’t die. You pull your team together and tackle your next mission.

For me, this type of gameplay is much more challenging, because the consequences have long-lasting impact. In RPG or FPS games that have you attacking with a squad, you can typically resurrect a teammate or just finish the quest and watch him come back to life as if by magic. In XCOM, when a soldier dies, he’s gone for good. And if he’s a decorated soldier who has been promoted and equipped with special attacks, his loss has a great impact on the success of future missions. In other words, it’s time to start training new soldiers to replace him, fast.

Obviously, this idea — this whole not dying thing — wouldn’t work in most game genres. Players need stakes, and in a typical fighting game, it’s life or death. Still, I might like to see games with healing worked into the story so it makes sense. Perhaps resurrection is a power that can only be used a certain number of times, and each time you lose something else — a skill, or you become weaker, or you have to sacrifice something (or someone) to fuel the magic.

It would also be cool to have a video game that forces you to abandon your deceased character and play as someone else, such as a squad mate. This would give you a limited number of lives for the entire game; once all the playable characters are dead, it really is game over.

I could see these games being more realistic and more challenging, but in a fresh way. Sure, you might not die the first time, but limited lives for the entire game makes the stakes much higher in the long run. It could be a nerve-wracking challenge… or it could just be really, really frustrating. Even more frustrating than dying at the hands of a boss over and over and over…