Now that the summer blockbuster season is dying down, I thought I’d write up a quick post on which of the big action movies I saw this year. Some say it was a quiet year for action movies, but mixed in with the mediocre showings, there were at least a couple of winners for me this season. =) 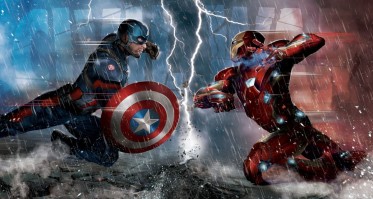 This is easily the best movie of the summer, and one of the best Marvel movies I’ve ever seen. While I still prefer Captain America: Winter Soldier, this one brings out new sides to the Avengers, as the world distrusts them for their superpowers — powers which can lead to a lot of collateral damage and innocents killed. The conflict splits up the team. It’s a great story well worth a read in the comics (I’ve focused on Spidey’s and Captain America’s, but there are a bunch of them from different viewpoints). The movie isn’t quite as good to me, but it does the story justice and shows more depth to characters like Steve Rogers, Tony Stark, Peter Parker, and Wanda Maximoff.
10/10 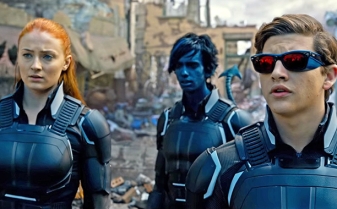 Though not the biggest X-Men fan in the world, I usually traipse out to the cinema to see each new movie. They’re always entertaining, and I guess I feel like it’s part of being a good geek. I am a sucker for an origin story, though, and that made Apocalypse a favorite of mine. Michael Fassbender as Magneto does an amazing job; his story is totally cliche, but Fassbender’s performance makes it very affecting. Sophie Turner as a young Jean Grey is another stand-out — her big scene at the end is a knockout. Maybe literally.
7/10

Apparently some people didn’t care for Warcraft, but I ate it up. I’ve never played a Warcraft game, so I went in to this movie knowing pretty much nothing about the lore. But the characters in the film are interesting, the CGI for the orcs surprised me as being convincing, and the story has some emotional twists that make me excited for a potential sequel!
7/10

I don’t know about Independence Day, guys. It’s just so cheesy, and I didn’t grow up watching it or anything. I saw this one because it’s a big sequel, my boyfriend wanted to see it, and I had a hesitant curiosity about it. Coming out of the movie, I remember thinking it was very entertaining. Now, I can only remember about two scenes. I’d say this is the worst of the summer blockbusters, though it could make a fun rental to beat boredom.
3/10

As a huge fan of Star Trek, I was eager to see what director Justin Lin and co-writer Simon Pegg (who’s also a Star Trek geek) could bring to this movie. After a disappointing Into Darkness, I can say that Beyond tries to bring back the spirit of the original Star Trek TV show. It may not be a perfect plot — frankly, a lot of plot holes make the main story and even Idris Elba’s villain a little meh — but the characterization and themes gave me warm fuzzies. I’d like to see this again very soon.
8/10 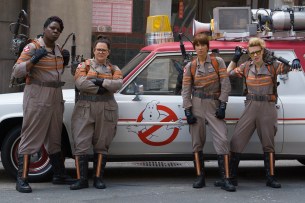 I saw the original Ghostbusters once, when I was so little that I don’t really remember anything about it. This new movie has some of the funniest actors on the planet in it, and that makes it well worth a rental. However, in retrospect, I don’t think I needed to see it on the big screen, nor do I ever need to see it again. It was a good, silly diversion from real life. Ghostbusters fans may enjoy it even more than I did.
6/10 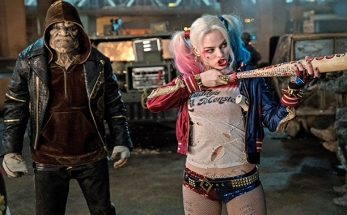 I had such high hopes for this movie. The trailers are phenomenal. The music is fantastic. The film is oozing with style, and there are some pretty memorable scenes. However, the overall plot leaves you shrugging, and most of the squad is underdeveloped and underutilized. The jokes aren’t great. Some characters are one-note. I also wasn’t a fan of the Joker’s characterization here. I think Jared Leto did a fine job, but I prefer my Joker to be a little more of a loner with people issues — not quite such a thug with a posse. The highlight of the movie is Margot Robbie as Harley Quinn, and I hope she gets her own film to really explore what’s going on in her head and heart! Overall, I’d recommend seeing this one just once, if your interest is already piqued — otherwise, you’re not really missing out.
5/10