Role-playing video games are how I got into games in the first place. The ability to create a character is a liberating experience. It’s starts with how the character looks, then goes on to how the character acts in their world through my in-game decisions.

Characters can ground any story, and having my own character to navigate a foreign world makes me feel empowered. Yet I also like to play characters who act very differently than I would, because in the chaotic life of my games, my real-world politeness might not be the most exciting response to a situation or another character. That’s why I play renegades and rebels. I craft their appearance to look somewhat like me, with red or blonde hair, with large eyes that are perhaps a warmer color than my own, with realistic frames. But then they take off on their own, living a life I dream up for them. They punch where I might persuade, argue where I might compromise, and generally kick ass in an adventure of wish fulfillment and escapism. 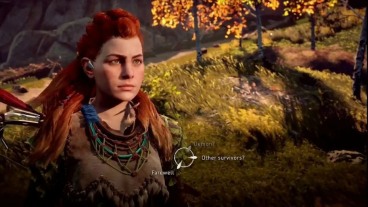 Playing Horizon Zero Dawn lately has reminded me of how much I love sweeping RPGs and inhabiting a character I can relate to as I explore. Though the protagonist Aloy is a pre-built character with a story you follow (similar to Geralt in The Witcher series, in that respect), you can make decisions about Aloy’s responses to others and her personality throughout the game, which affects how others react to her. As usual, I’ve made her my own by choosing aggressive responses — if someone throws a rock at her, she throws it right back.

Aloy is quickly becoming one of my favorite characters to role-play in a video game. This has inspired me to make a list of some of the others I have loved inhabiting. So without further adieu, here are my all-time favorite RPG protagonists. =) 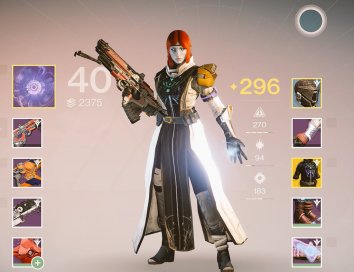 My original Guardian in Destiny is a red-haired Awoken Warlock, and I love her to death. Destiny is a gorgeous game to explore, especially with a friend, and that’s what I did for about two crazy months, early last year, when I was just obsessed with the game. Although your look and even your race doesn’t factor into the game’s story too much, your chosen class determines the abilities you have and the gear you get to rock.

For some reason, with Destiny I feel that my Guardian is a pal I went adventuring with in this sci-fi world. She represents me in some ways, but I imagine her more as a guide to the future solar system I spent so much time in. Maybe it’s just how much fun I had in the game. Or maybe it’s how much I love the look of my Warlock, and her skills. But the hours I’ve spent walking in her boots has been some of the most exciting and well-spent in my whole gaming life. 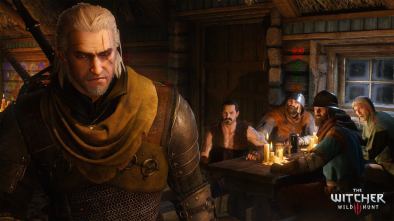 First written in stories and novels by Andrzej Sapkowski, Geralt came to life for many in the video games that followed. I am a huge fan of The Witcher series, and Geralt is a big part of why I love it so much.

A white-haired “witcher” who uses his mutations (and potions) to sense and hunt monsters, he’s about as gruff as they come. In fact, he’s so gruff that I don’t feel the need to make him more so in my decisions through the games; I can even be downright sensitive when I’m playing Geralt, since his nice words tend to come out rough around the edges anyway. He also has moments with the ladies, and pursuing a romance in The Witcher 3 is one of the most fun character-developing aspects of the whole series.

In short, Geralt is one of those tough spirits who has a good heart. That’s why he’s so much fun to inhabit when you’re exploring The Witcher‘s rich fantasy world with elves, dwarves, magic, and monsters. 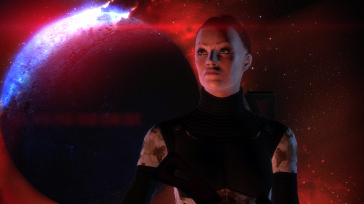 Since this is pretty much my favorite video game series ever, Commander Shepard of Mass Effect is a character I have a real connection with. I’ve played the games multiple times, and though my Shepard changes slightly based on which in-game decisions I make in each playthrough, she’s usually a little renegade — sometimes punching reporters, sometimes just playing bad cop once in a while — and always totally badass. You can customize her from the ground up — her look, her backstory, and her personality. But there’s always a hero in there that offers some consistency and makes her (or him, if you choose) so universally loved by those who have played the series.

The commander of the Normandy, Shepard is tasked with the overwhelming job of saving the galaxy from a race of killing machines. We get to see her develop over three entire games, each dozens of hours long. She forms friendships with the Normandy crew, pursues romances that possess incredible depth, and evolves as the weight of her mission increases. I love how, by the final game, you see her having nightmares and discussing her worries with her romantic partner. She’s tired — and it’s realistic. You go through hell with her over the course of those three games. By the end of Mass Effect 3, I felt I knew her inside and out, so I’m always excited to jump back into the series and spend more time with her. 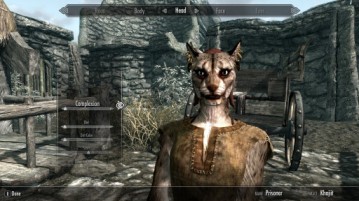 Having played Skyrim multiple times, I’ve created all kinds of lead characters. You can choose from a variety of fantasy races and customize the appearance of your Dragonborn — I’ve had a high elf, a Breton, and a couple of khajiit so far. The magic of Skyrim is that you then take this character through an open world of adventures, choosing which quests to follow, who will accompany you, where you’ll live, and who you’ll marry. The choices seem endless, and I always find something new in each playthrough. But what’s cooler is feeling that I am my character, each time. I am totally immersed in this other world, through them. I am shaping a life for my character in each quest I dive into, like I’m writing her story. Seeing the land of Skyrim through the eyes of my character is what transports me, completely. 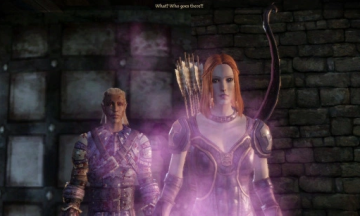 Dragon Age: Origins has such a special place in my heart. It’s the video game that got me into gaming, and that’s why the Warden is my all-time favorite RPG lead. You can create a male or female character; a human, dwarf, or elf; and then take them through a fantasy story that places a huge responsibility on their shoulders. Your hero has the unique ability to save the world, but you can choose how they go about that. You can select the order of your quests, choose who is in your party, pursue a romance (or two), and ultimately decide how much to sacrifice in order to defeat the terrifying enemy you’ve been chasing.

My first character — the one I have the deepest connection with — is a human female noble, living in a large estate with her family. When they are killed, she not only finds solace in her new mission as a Warden, but also in seeking revenge. I’ve created other characters since then, but she remains my favorite.

I try to play this game every year on my birthday, often completing a new playthrough in the weeks to follow. I’ll do that again this year (very soon!), and I’m so excited to create a new Warden and explore this beautiful fantasy world all over again.

Who are your favorite characters to inhabit in video games? Do you prefer RPGs too, or do you like playing established characters?

4 thoughts on “Inhabiting a Character: My Favorite RPG Leads”