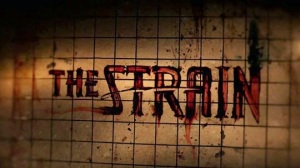 The past couple of weeks, I caught up on the first season of FX horror series The Strain. Based on the vampire horror novels by Guillermo del Toro and Chuck Hogan, the show is a unique mix of forensic drama and scares. Interestingly, the story was initially conceived by del Toro as a television series, but he ended up turning it into books with Hogan when that didn’t pan out as expected. It makes for gripping TV now, anyway.

First, let me say that I am not a big fan of the horror genre — or gore. The Strain has plenty of both, but the story is so good and the blend of genre elements so offbeat that I can’t help but watch it anyway.

The premise: There’s a mysterious plague spreading that turns people into blood-drinking creatures. Call them vampires, call them strigoi… they’re creepy. But there are different rates of infection, so while some people turn into blood-lusting monsters — kind of like zombies, to me — others mature into elegant, terrifying vampires. They cheat death. They’re deformed, but with prosthetics and makeup, they can blend into regular society to do all kinds of terrible things. They’re all led by The Master, and now, they’re planning a takeover by infecting others.

It’s not exactly a post-apocalyptic world — not yet, anyway — but the infected people turn into something like zombies. Rather than seeming intelligent, they shuffle and leap around, after people’s blood. The plague is spreading fast through the city. At first, the group of protagonists who are investigating things have to kill the infected people. But eventually they end up going after The Master (the leader), believing that if they destroy him, they’ll vicariously destroy all the others, too.

All of this reminds me of a zombie survival show. Infection, quick spread, and sickly, deformed people trying to infect or kill others — it all sounds like a zombie apocalypse, right?

But what makes The Strain unique is its reliance on vampire lore — and its twisting of it. While at first resembling zombies, the infected can evolve to become more traditional vampires. They drink blood. They’re intelligent. They don’t age. And their weaknesses are silver and sunlight; that’s why the protagonists run around wielding guns with silver bullets and UV lights to fight them.

What makes The Strain truly intriguing to me is the character drama. This is a show about people. There are some pretty scary stories about the people who end up infected, especially since they tend to go after the ones they love after they turn. Their affection for someone is twisted into a hunger for their blood. This means that an infected daughter returns to infect her father; in another home, an infected father chains himself in a shed to avoid hurting his family.

But like all good apocalypse shows, the focus is on the survivors. The core group of protagonists include two CDC doctors, one who is practical and medical in his examining of the disease, the other more emotional and moral. There’s also an aging professor whose history fighting the strigoi dates back to the 1940’s; a rat exterminator who’s the resident badass and sarcasm professional; and a child, one of the doctor’s sons, who has to deal with both his mother and future step-father turning into vampires and nearly killing him. 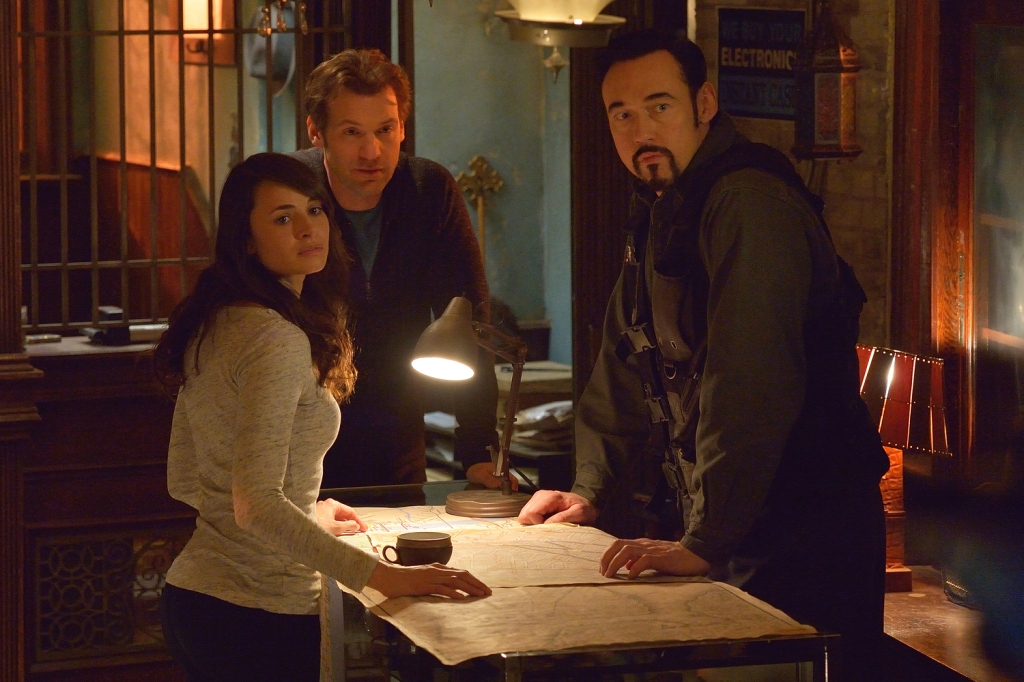 The acting in the show is mostly excellent. I really enjoyed seeing Eph’s ex-wife Kelly transform into a zombie-like vampire over a couple of episodes. Setrakian, the aging professor, is also fantastic as a gruff old man with a lot of knowledge to share with the other survivors. Ignoring a few weak links — particularly the hacker Dutch Velders, who is just caked in makeup and too over-the-top angry much of the time — I really enjoy the cast, the characterization, and everyone’s chemistry.

Nora is my favorite character in the show. As a CDC doctor, she starts out wanting to treat the disease. However, when her partner — CDC doctor Ephraim Goodweather, who is also her lover but going through a divorce — joins Setrakian to start killing the infected, she backs out. She can’t condone murder. It’s an emotional scene, and it takes a lot to get her to return. Her feelings for Goodweather also add interest to the story, and I find her reactions to the plague and other characters very realistic. She’s easy to relate to.

There are also a few vampires worth knowing, particularly the barely-seen Master and his acolyte Thomas Eichhorst, who knows Setrakian from when he worked as a Nazi commander in a concentration camp where Setrakian was held. Eichhorst seems to be the main villain in the show, with a frightening plastic-looking face that he puts on before going out so he “blends in” with regular people. His calm demeanor is equally eerie. And there’s a mysterious group of strigoi who seem to be fighting other infected in favor of the humans, though we don’t know a lot about them yet.

But the drama doesn’t just revolve around these people and the plague — it’s also about eternal life. Dying billionaire Eldritch Palmer seeks the vampires like a fountain of youth, and in the final episode, he is granted more health, more life — but he’s not actually turned. I feel like this is going to be a big plotline in the future.

The disease has an other-worldly feel to it. While the doctors on the show examine it from the perspective of modern medicine and science, it has a supernatural edge to it that makes this show urban fantasy/horror.

After being turned, a person goes through several stages of infection. First, they simply don’t feel well. They start coughing, growing pale, and seeming generally irritable and weak. Soon, they start losing their hair, and their genitals disappear (for efficiency). Their tongue and internal organs are transformed into muscular, slimy, six-foot stingers with pinchers on the end, to attack their prey like a toad would. And the creepiest thing to me? The infection is spread through tiny silver worms that crawl beneath a person’s skin. Under a UV light, you can see the things squirming around, multiplying like crazy until the infected person is totally overcome. If you watch this show, be prepared for some disgusting scenes.

The Verdict: This show is one of my favorites right now. I tried watching other sci-fi/fantasy shows lately — notably Orphan Black, which is fun and addicting, and Sense8, which I’m lemming after the fourth episode as being not for me — but The Strain is the most enjoyable (and gross) to me. Even if you’re not usually into horror, I highly recommend checking this one out for the character drama and originality. You can find it on Hulu Plus now, and the second season starts July 12.