Lately I’ve been browsing science fiction and fantasy books, trying to make a to-read list that will get me excited about diving into fictional worlds again. I’ve also been researching for some personal writing projects. And what interests me most as I explore these two genres is how often they mix to create a third genre called “science fantasy.”

Essentially, science fantasy combines the advanced technology of science fiction and the unexplained mysteries of magic in one world. An example is the game Shadowrun, which has hackers working alongside mages and elves, for a start. Technology, computers, guns, viruses, magic, goblins, vampires — it all works in a single world. But not all science fantasy has to be such a hodge-podge.

Star Wars is commonly held up as the greatest example of science fantasy, thanks to its space-faring and technology as well as its mysterious Force. A more modern example is Avatar. At first glance, it’s a science fiction movie. Cryogenic sleep, interstellar travel, an alien culture on a foreign moon — all science fiction. But this moon doesn’t abide by the laws of nature as we know them. The neural bonding between two native creatures could be considered science fiction, but the floating mountains and flying dragons belong in the fantasy genre. The Na’vi people’s spiritual connection with nature also has a magic about it. And certainly the fantasy feel is present, as the Na’vi people have pointy ears and a penchant for archery, much like fantasy’s elves. 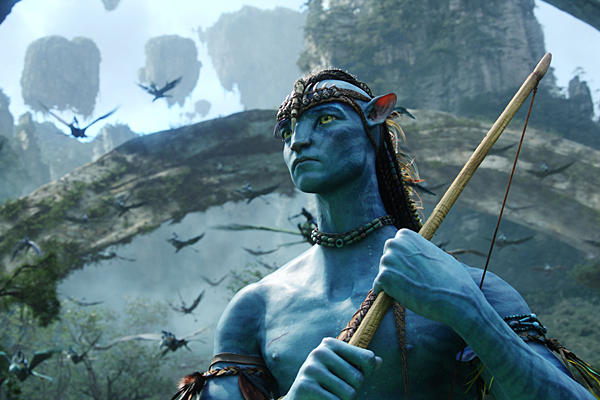 Even Frank Herbert’s classic science fiction novel Dune could be considered science fantasy. Space travel in Dune is not reliant on some super-advanced technology like an FTL drive. Instead, it’s made possible by a spice called melange, which enables navigators to fold space and makes some takers prescient. Those addicted to it develop completely-blue eyes — a shift not really explained in any scientific way.

Spirituality and strange aliens such as the Changelings of Star Trek add a magical feel to many works of science fiction… but how can we know into which category they fall? Communicating with ghosts, space zombies, and liquid-based aliens that can change shape and link to each other in one big ocean — these could be considered elements of fantasy or science fiction, depending on how they are presented and whether they are realistically explained.

Arthur C. Clarke was spot on when he said, “Any sufficiently advanced technology is indistinguishable from magic.” In a university class I once took about medieval witchcraft, I talked about how people in the Middle Ages would have deemed an iPod “magic,” simply because they wouldn’t understand the technology. And that definitely makes the line between science fiction and science fantasy very hazy. Really, a whole lot of the technology in sci-fi probably won’t come about in quite the planned way. Do the biotic implants and amps of Mass Effect make sense, just the way they’re presented, really? Most sci-fi also features ships in space that have some unexplained gravity keeping people’s feet on the floor, without spinning the spacecraft… but is that truly feasible? Why is it never explained?

It can be tricky to mix science fiction and fantasy in a way that makes sense. Sometimes I like my sci-fi very tech-heavy, and having orcs piloting starships would get in the way of that. A lot of readers dislike the inclusion of the word “zombies” to describe infected persons in the pretty hardcore science fiction book Leviathan Wakes. It’s just a descriptive term — they’re not “real” zombies — but I can see why it can feel wrong to see a supernatural term in a work of science fiction.

And it’s not really a surprise to hear that William Gibson, author of cyberpunk classic Neuromancer, was not absolutely thrilled to see some of the hardcore fantasy elements incorporated in Shadowrun, which was partly inspired by his novel:

“When I see things like Shadowrun, the only negative thing I feel about it is that initial extreme revulsion at seeing my literary DNA mixed with elves. Somewhere somebody’s sitting and saying, ‘I’ve got it! We’re gonna do William Gibson and Tolkien!’ Over my dead body! But I don’t have to bear any aesthetic responsibility for it.”

Personally, I think Shadowrun works. Science fantasy can be very fun and inventive. When it’s done subtly, seamlessly, with a world so well-rendered that it doesn’t compare to anything else… that desire to categorize it into a specific genre just disappears.

So as long as the universe stays consistent with its own rules, I’m fine with technology and magic co-existing in science fantasy. I like the offbeat imagination it requires. Like all good sci-fi and fantasy, it offers a fascinating escape from reality as we know it.

9 thoughts on “Thoughts on the “Science Fantasy” Genre”